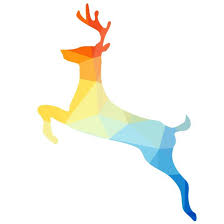 How it all began…


The Deer Leap project began in September 1997. A group of Mums in the village were keen to create a central meeting place where children could play safely.

The main problem was finding a suitable place; car parking, safety, care of the environment and community approval were all factors considered.

The site adjoining the Village Hall seemed suitable, but the septic tank is situated there. The Environmental Health Department visited and satisfied us that with proper preparation the site would not be a health hazard. The site was such an obvious advantage as an addition to the facilities of the Village Hall that we started work on the project.

The Deer Leap was officially opened on Tuesday 19th September 2000 at 5.30pm. It was opened by Mrs G. Edelsten as Glanvilles Wootton’s oldest resident and Louise Treacher, the Community and Sports Development Offer for NDDC.

It is inspected yearly by a RoSPA accredited inspector Mr Nick Adams. The Parish Meeting kindly pay for this inspection every year, £60.

20 years on
We now need to refurbish The Deer Leap. Applications and quotes are currently being prepared to bring The Deer Leap back up to scratch. It is not unsafe but improvements need to be made. Maintenance of the grass area has proved difficult over the years so an eco-mulch area will be created instead. Some of the equipment will have parts renewed and replaced by HAGS play. Townsend Fencing have quoted for replacing and improving some of the woodwork. If you are interested in helping with this project, know any sources of funding or would like to donate then please contact Louise Sandy for more information.  louise703sandy@btinternet.com 01963 210256